Originally originated in India 800 years ago, Arabian hookah is made up of coconut shells and diabolo tubes, which are mainly used for smoking old-fashioned black tobacco. Later, it became popular in Persia. In the Middle East, especially in Turkey and Persia during the Ottoman Empire, hookah was once regarded as "Dancing Princess and snake"; later, it gradually spread to the Arab world (it has a history of 500 years so far), and was carried forward by the Arabs. It became a common way for people to smoke tobacco.

The taste of tobacco can be divided into fruit taste, herb taste and mixed taste. Fruit flavors include: apple, coconut, blueberry, lemon, watermelon, orange, cherry, banana, mango, pineapple, golden apple, strawberry, banana, apricot, grape, pineapple, watertight peach and Hami melon; herb flavors include: Rose, cinnamon, vanilla, fennel, cardamom; mixed flavors include: coffee, cocktail, coke, cappuccino, etc. You can also mix different flavors according to your preferences. You can also add some apple juice, sour cherry juice, grape juice, orange juice, lemon juice, pomegranate juice or rose oil, or even wine to the water of the water bottle. This "cocktail mixing method" can make the smoke taste stronger and smell fragrant. In 1841, a leader who loved hookah was reluctant to share his carefully prepared precious tobacco with the French ambassador, which almost led to a small diplomatic dispute. An Arab novelist described the scene of water smoke as saying: "in the middle of the clouds, when the water is intoxicated with smoke, the classic time seems to flow backwards, back to the distant past." The inspiration for Najib Mahfouz, the Nobel Prize winning Egyptian writer, is said to come from the coffee shop and the water tobacco shop he frequented. The western media commented that the thoughts of Arab intellectuals were contained in their smoking pots. 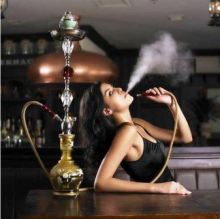 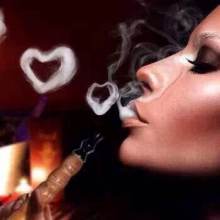 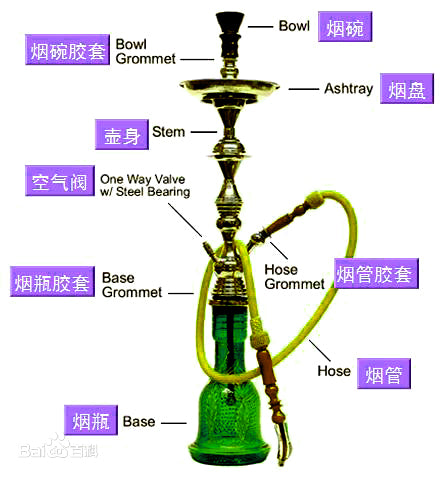